You are here: Home / Festival / Adjudicators 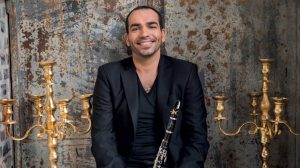 Born in 1986, Pierre Génisson is one of the leading French wind instrumentalists of his generation. Winner of the prestigious Carl Nielsen International Competition, in 2014 he also won the first prize and the Audience Award at the Jacques Lancelot International Competition in Tokyo. He went on to record his first CD, Made in France, with the pianist David Bismuth on the Aparté label. Lauded by the press, he has notably been awarded a Diapason d’Or and the ‘FFFF’ from the magazine Télérama. In 2015, he recorded Schumann’s trio for clarinet, viola and piano ‘Märchenerzählungen’ with Adrien Boisseau and Gaspard Dehaene for the Oehms label. 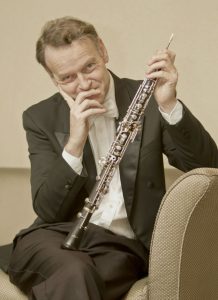 Joost graduated in 1983 from the Sweelinck Conservatory in Amsterdam.  His teachers were Carlo Ravelli and Han De Vries, who trained him in the Dutch style of oboe playing. During his studies, he was an oboe / cor anglais player in the Dutch National Youth Orchestra, and he freelanced occasionally in the Netherlands Chamber Orchestra and the Pepijn Wind Ensemble.

Having lived and worked in South East Asia since 1984, Joost has been an oboist in the Bangkok Symphony Orchestra and Kuala Lumpur Symphony Orchestra before he took on the Sub-Principal Oboe position in the Malaysian Philharmonic Orchestra. Over the years, he has made himself known to the music circle regionally, and numerous contemporary Asian composers have composed music especially for him. In addition, he has also given recitals and workshops together with an accompanying pianist in Singapore and Shanghai.

Joost is also an enthusiast in music education. He has lectured at the Institut Seni Indonesia in Jogjakarta as part of a Dutch governmental education programme and was also a music inspector and educational project officer with the Ministry of Education in Singapore.

He has conducted several community and school bands, and many of his students are now professional players or conductors. He practically founded a wind ensemble everywhere he worked – Ansamble Tiup Jogjakarta and Singapore Sling Ensemble. He has been an artistic leader of the High Winds Wind Ensemble in Kuala Lumpur for the past 9 years and during these years, he has collected an impressive and tasteful library of music for wind instruments. Experience has convinced him that performing chamber music contributes the most to the development and growth in the quality of wind players. 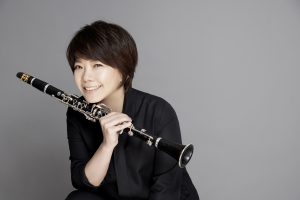 Pei-Yun Lin holds a Bachelor’s degree from the Soochow University and a Master’s degree in Clarinet Performance from the New England Conservatory of Music in Boston, where she studied with Professor Wei-leng Chen and Michael Webster. Pei-Yun appears actively as a recitalist, chamber musician and orchestra player now in Taiwan. She has been invited as a soloist to play with various orchestras after returning to Taiwan in 1992. She had also been on concert tours with Taipei Philharmonic Orchestra to Europe, the United States, China, and Hong-Kong.

In 1993, Pei-Yun and her friends founded Magic Clarinet Quartet. Since then, she has performed periodically in concerts with the quartet and on tour around Taiwan, and was also invited to perform in China, France and the United States. In addition, the quartet has hosted many music events including “International Clarinet Festival in Taipei, Taiwan” for seven times from 2003-2017 which received great success and high opinions.

As to the achievement of education, Pei-Yun has been invited to give master classes at the Central Conservatory of Music in Beijing in 2011, the IASAS Culture Convention held by Taipei American School in 2012, the 3rd International music festival in Xi-An in 2016 and many schools in Taiwan. She has also been invited to serve as a jury member for the 3rd Mozart Clarinet Competition held by Central Conservatory of Music in Beijing, and also received the prize of Excellent Instructor in the meantime. The books she authored, Q&A for Clarinet Learning, has been published by the Mercury Publishing in 2006, and the other one, The Altissimo Register Fingering Chart for Boehm System Clarinet, just has been published lately by tu & du International Co., LTD in 2017.

Pei-Yun currently plays as the principal clarinet in Philharmonia Moments Musicaux, and is the member of Taipei Philharmonic Orchestra. She also serves as Associate Professor in the Taipei National University of Arts, Soochow University and Fu-Jen Catholic University.